The system records the actual operating time of the machine on the basis of the engine speed, data recorded from vehicle on-board computer or external sensors, e.g. speed pulses. Hours, idling and work under load are calculated.

The route along with all parameters is monitored both in real time and recorded with the possibility of reconstruction up to six months back. 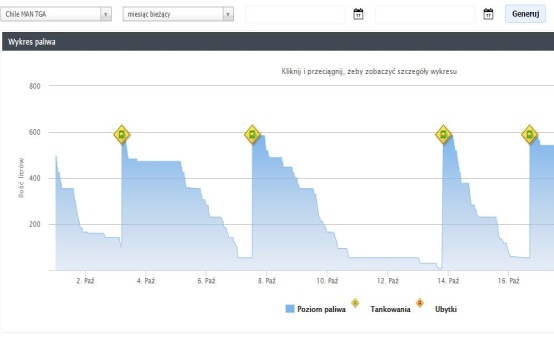 Diagram of fuel level and refuelling and losses. 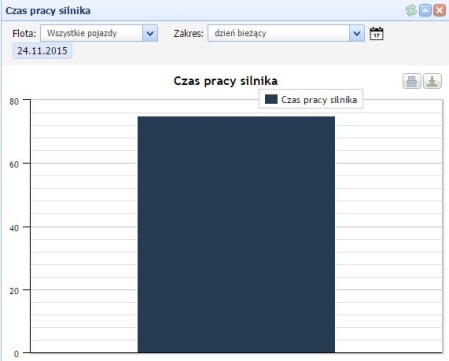 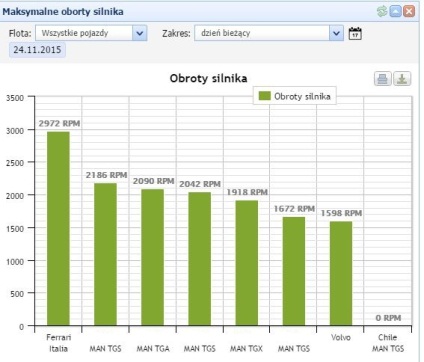 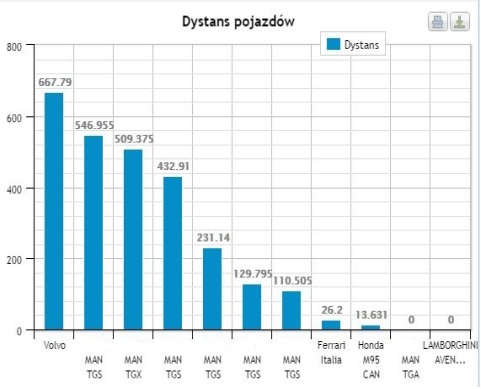 The distance covered by the vehicles.

When using GPS recorders with additional signal sensors, e.g. electrical signals, enables monitoring of the operation of devices such as excavator arm or tipper body during gritting, etc. Machine data is presented in reports in the form of numerical summaries and graphs on the timeline, which greatly facilitates verification, in what time the machine worked effectively, and in what time it had exclusively an engine switched on. 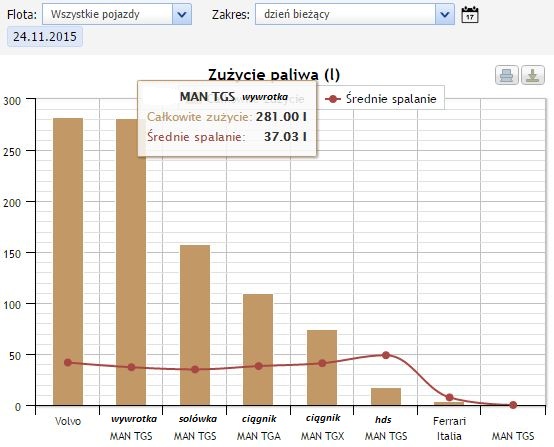 Precise fuel chart in a specific time allows you to verify the economy of the vehicle exploitation. 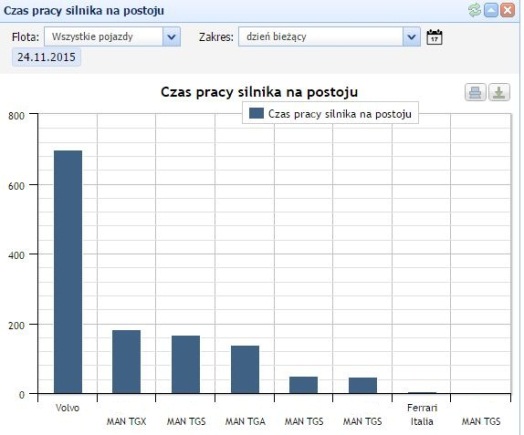 A special system tool enables the creation of three types of so-called "control geo-zones": oval, multi-wall and corridors. The zones can be freely assigned to individual vehicles or groups of vehicles, so that the fleet supervisor can control the location of the vehicles in the system. different combinations. The system allows you to configure zone settings in such a way that the fleet supervisor is automatically notified by e-mail or e-mail. SMS about leaving the mandatory zone or entering the prohibited zone. The tool, in the case of the municipal vehicle fleet, intended for is to carry out surveillance when vehicles are required to be in a designated location or to travel on designated routes.